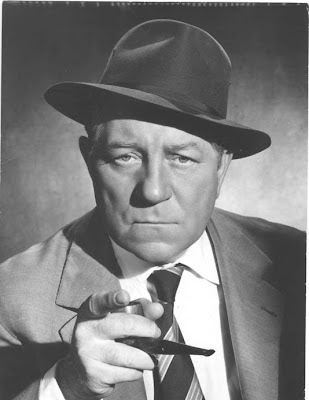 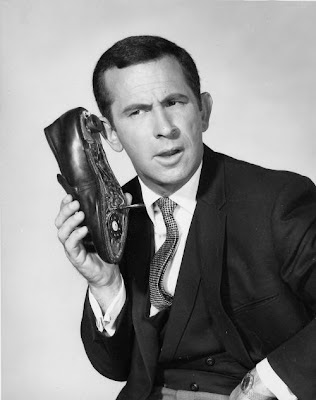 I've always been more of a movie fan than a t.v. fan, and I can count all of the t.v. series' I've ever watched before on three fingers: Recently, I saw every single episode of "The Soprano's," many of which (at least for the first 5 of 7 seasons) were as great as any of Scorsese's big-screen mob movies... When I was a kid in the early '70s, a big event in my house is when all of my relatives would come over for Sunday night dinner, and we'd all follow the meal, at 8:00pm, with the week's episode of "All in the Family;" the best episodes of "All in the Family" have more in common with great theater than they do with t.v. They still "hold up," and they're still great.

The third show I've always venerated is the great 1965 to 1970 spy spoof, "Get Smart," which was co-created by Mel Brooks and Buck Henry and which, of course, starred the incredible Don Adams as Maxwell Smart, Control's smart-but-bumbling Agent 86. (I'm not talking about the horrible/unfunny new "Get Smart" movie, from which I fled in terror, after forty-five painful minutes.)

I haven't seen "Get Smart" in decades, so last week, I decided to TiVo a bunch of episodes, since a local L.A. t.v. station is running re-runs of the show four times a day.

In this episode, the prince of a mythical Arabic country is being terrorized by KAOS' top assassin -- the Algerian contract killer known as "Le Moko." Le Moko is played by an actor called Paul Comi.

Aside from the fact that I loved seeing the name of Jean Gabin's most famous movie character being co-opted by a (good) t.v. show, it also happened to be an even-funnier-than-usual episode (written by Arne Sultan).

I never thought there would be a Don Adams/Jean Gabin connection, but now there is. (Of course, now that I think of it, Jean Gabin and Don Adams were both decorated World War II heroes: Jean Gabin fought bravely in the Free French Navy, and Don Adams valiantly battled the Japanese at the Battle of Guadalcanal!)

I guess I'm really clutching at straws now, so as Maxwell Smart himself might have said: "Sorry about that, Gabin!"