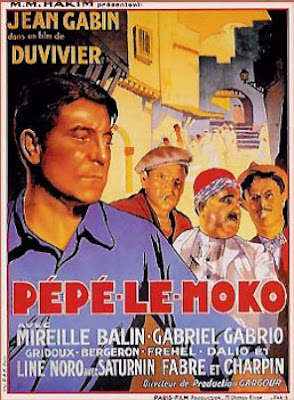 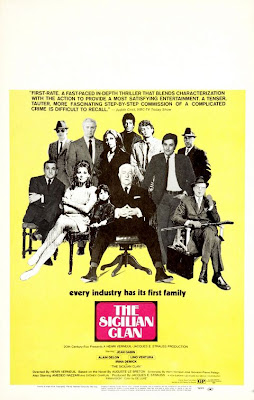 
If you plan on being in Northern California between Friday, June 18th and Sunday, June 27th, 2010, why not head to the 9th Annual Sacramento French Film Festival (www.sacramentofrenchfilmfestival.org)?

Charles Zigman (me!), author of the new book World’s Coolest Movie Star: The Complete 95 Films (and Legend) of Jean Gabin, Volumes One and Two, will be on-hand to introduce the two Gabin films, and if you miss Pepe Le Moko and Sicilian Clan on Saturday the 26th (Pepe Le Moko screens at 11:00am, and Sicilian Clan unspools at 1:20pm), both films will be repeated on Sunday the 27th – Sicilian Clan at 10:15 am and Pepe Le Moko at 1:00pm.

At the time this posting goes to press, Mary Moncorgé, granddaughter of Jean Gabin, is also scheduled to make an appearance at one or more of the screenings.

On Sunday, author Zigman will even host un Petit Dejeuner – a French breakfast in honor of Jean Gabin – prior to the 10:15 am screening of The Sicilian Clan.

More more information about the Festival (including a full screening schedule), to purchase tickets, and to learn about a great hotel to stay at if you visit Sacramento, go to
www.sacramentofrenchfilmfestival.org.


Looking forward to meeting you at the Crest Theater for The Sacramento French Film Festival!
Posted by Charles Zigman at 7:21 PM No comments: