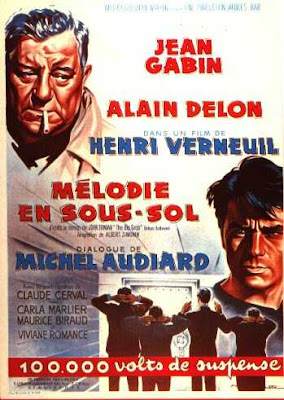 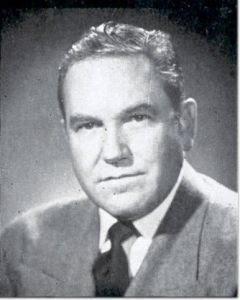 On January 19, 2009, legendary French producer Jacques Bar passed away in Paris, at the age of 87.

Bar, one of the shining lights of French cinema, produced 83 films during a lengthy career which spanned the years between 1949 (La Maternelle) and 2004 (Steven Soderbergh's segment of the anthology film, Eros).

He produced seven of actor Jean Gabin's best "late period" movies -- Le Rouge est mis (1957); Les Vieux de la vieille (1960); Le Cave se rebiffe (1961); Un Singe en hiver (1962); Le Gentleman d'Epsom (1962); and Melodie en sous-sol (1963). All of those titles, except for Le Rouge est mis, were released in the US by MGM in the early '60s, although MGM/UA, and Warner Bros., which owns the MGM/UA catalog today, did not retain their English-subtitled prints (which is par for the course for many of Gabin's movies). Jacques Bar's Gabin pictures represent some of the star's classiest productions, and most were filmed and released in Cinemascope. Bar also produced innumerable features starring two of France's best-loved comedians (both friends of Jean Gabin), Fernandel and Bourvil.

Bar, who was on the Board of Directors of the Musee Gabin (Jean Gabin Museum) in Meriel, France produced a number of other great movies, including Jules Dassin's criminally underrated La Legge (The Law, 1959) which featured Gina Lollobrigida, Marcello Mastroianni, and Yves Montand; Fellini's I Vitelloni (1953, uncredited); Les Felins (aka, Joy House, w/Jane Fonda and Alain Delon, 1964); and, later in his career, both the French and American versions of Gerard Depardieu's stateside hit My Father the Hero (1991 and 1994). Film noir buffs know that Bar produced two of the most hard-boiled, fast-paced neo-noirs -- Ralph Nelson's French/U.S. co-production Once a Thief (1965, starring Alain Delon, Ann-Margret, and Jack Palance) and director Jacques Deray's Outside Man (1973, starring Jean-Louis Trintignant, Roy Scheider, and Ann-Margret).

www.jeangabinbook.com
Posted by Charles Zigman at 7:56 AM